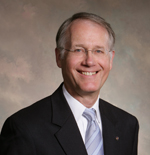 Why Is Reagan A Mediator?


Reagan entered the practice of law convinced that alternatives to litigation were an important direction for the development of our justice system.  In 1984, he joined the NC Bar Association’s Task Force on Alternatives to Litigation as a Reporter for its Court-based alternatives subcommittee. The subcommittee was chaired by James G. Exum, then Associate Justice of the North Carolina Supreme Court, who was very interested in alternative dispute resolution. That Task Force ended up leading lawyers into the new century with the institutionalization of mediation and other alternative dispute resolution processes in our court system.

1974 - 1980
Executive director and mediator/conciliator of individual and group conflicts in High Point, NC with special emphasis on conflicts arising out of race, gender, or religious prejudice.


Professional Development
Reagan has assisted faculty at his law school, UNC-Chapel Hill, to teach either negotiation, dispute resolution, or interviewing and counseling skills practically every year since his graduation in 1984.  He has helped plan programs concerning dispute resolution after having been a participant in the NC Bar Association’s earliest Task Force on Alternative Dispute Resolution in 1984-1985.  In 1983 he wrote a paper on the topic, “Orders of Reference: Ready and Waiting for Imaginative Lawyers?” which received an award from the Center for Public Resources.  Reagan also published a paper in 1980, “Interracial and Cross Cultural Relations” which appeared in the Journal of Intergroup Relations.

Biographical
Born in Greensboro, North Carolina, August 29, 1951. Reagan has been married to Ardath Goldstein Weaver since 1981. They have two grown children, Jacob and Janna. Ardath is on the staff of the North Carolina Arts Council. They live in a c. 1914 house in Cameron Park near downtown Raleigh.